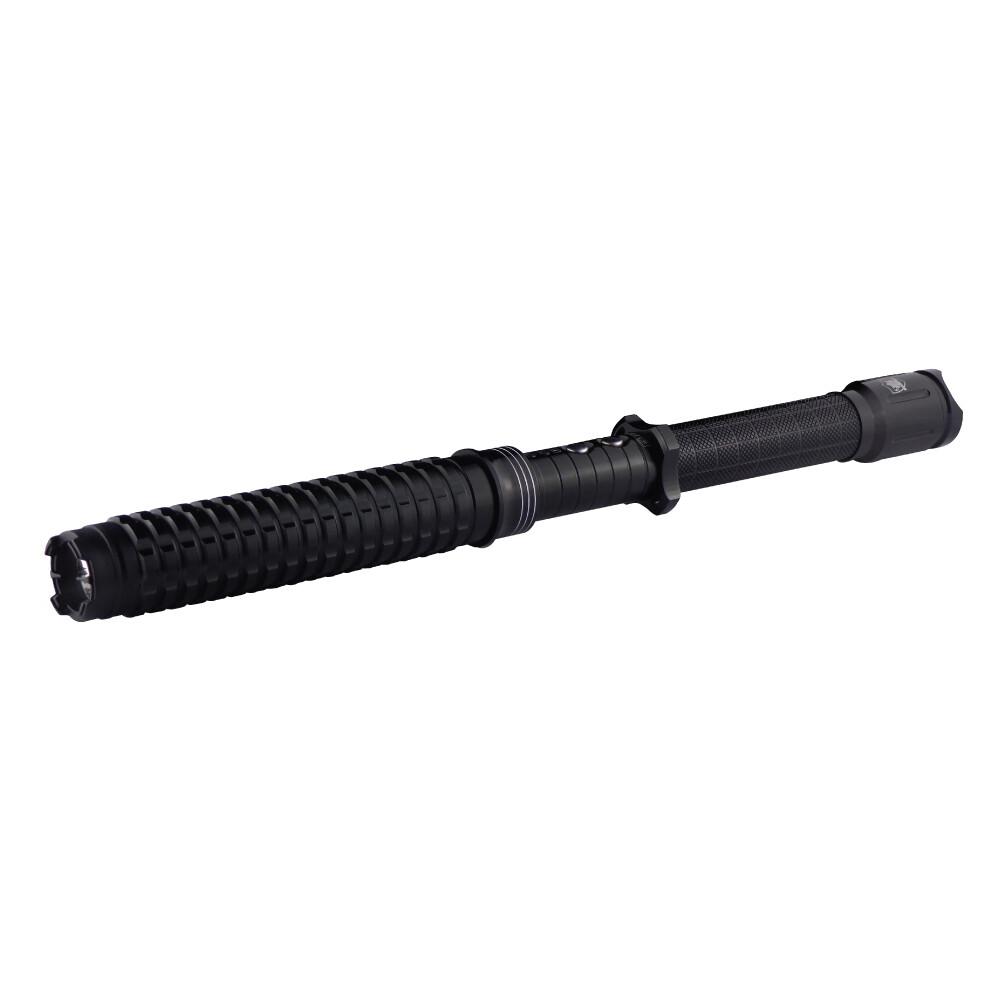 The next time a bad guy approaches you with the intent of doing some harm you can quickly “redirect” him with the Streetwise Attitude Adjuster 30,000,000* Stun Baton. This baton starts at 16.5" long and quickly adjusts to 19" with just a quick twist of the handle. With military grade aluminum construction, this baton is nearly indestructible and when extended to 19" you will be far enough from your attacker to make contact but remain at a safe distance. It also features an ultra-bright tactical flashlight and powerful stun gun so you will be prepared for any situation you may face.

*Actual Voltage output is difficult to measure and verify, but this unit compares to other brands that claim to be 30,000,000 or more volts.