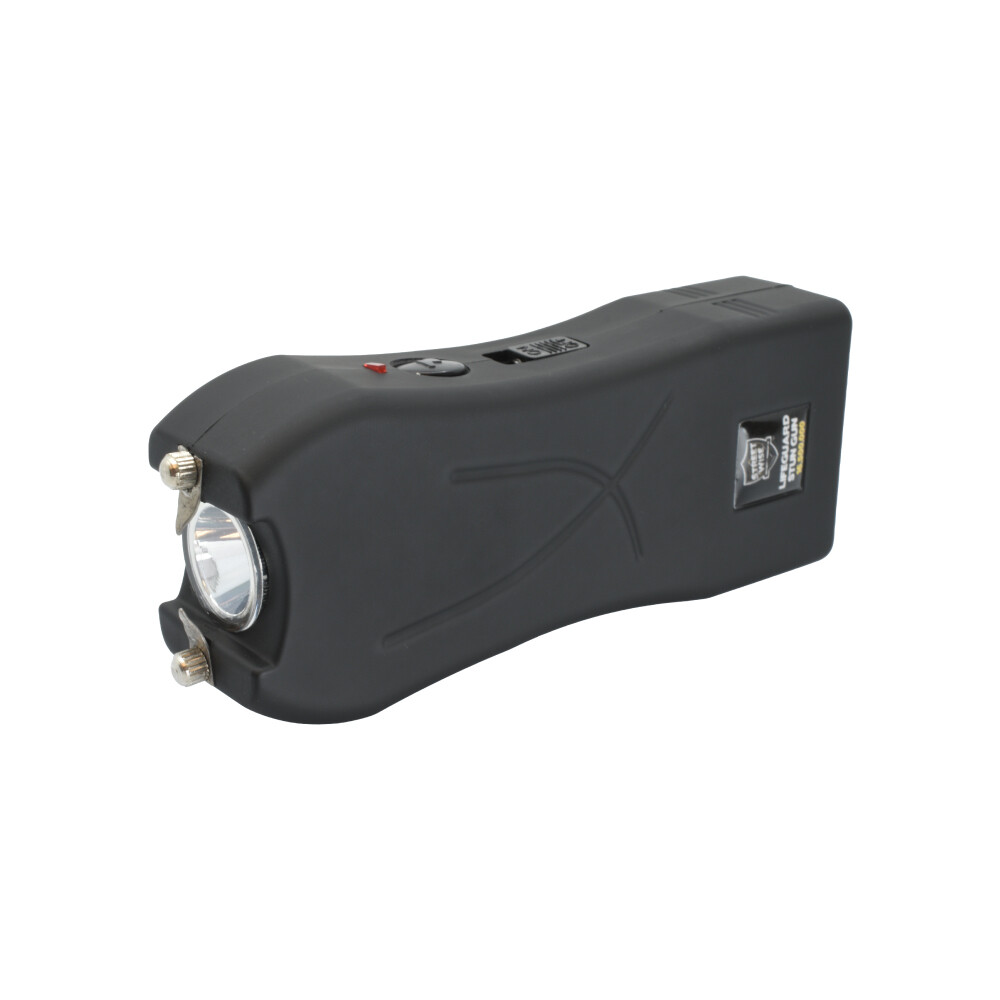 In the midst of the rising tide of violent crime, you can trust the “Life Guard” to protect you! This stun gun is loaded with great features and packs a powerful punch! Its ergonomic design allows you to wrap your hand completely around the rubberized unit for a firm grip that feels natural in your hand. It features a bright LED light, disable pin, slide-out charging plugs, and a strong stun.

*Actual Voltage output is difficult to measure and verify, but this unit compares to other brands that claim to be 16,500,000 or more volts