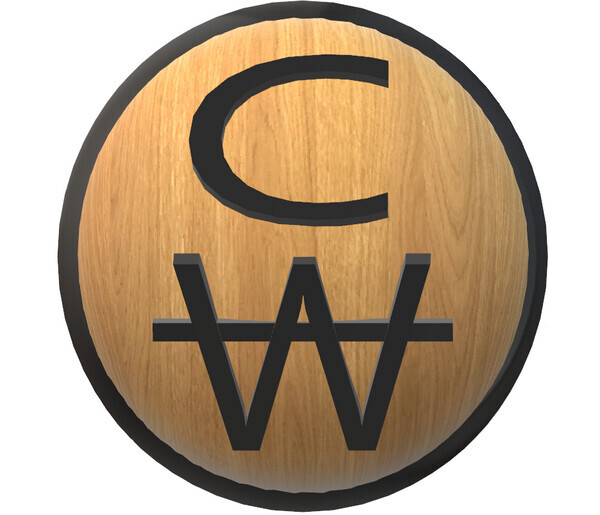 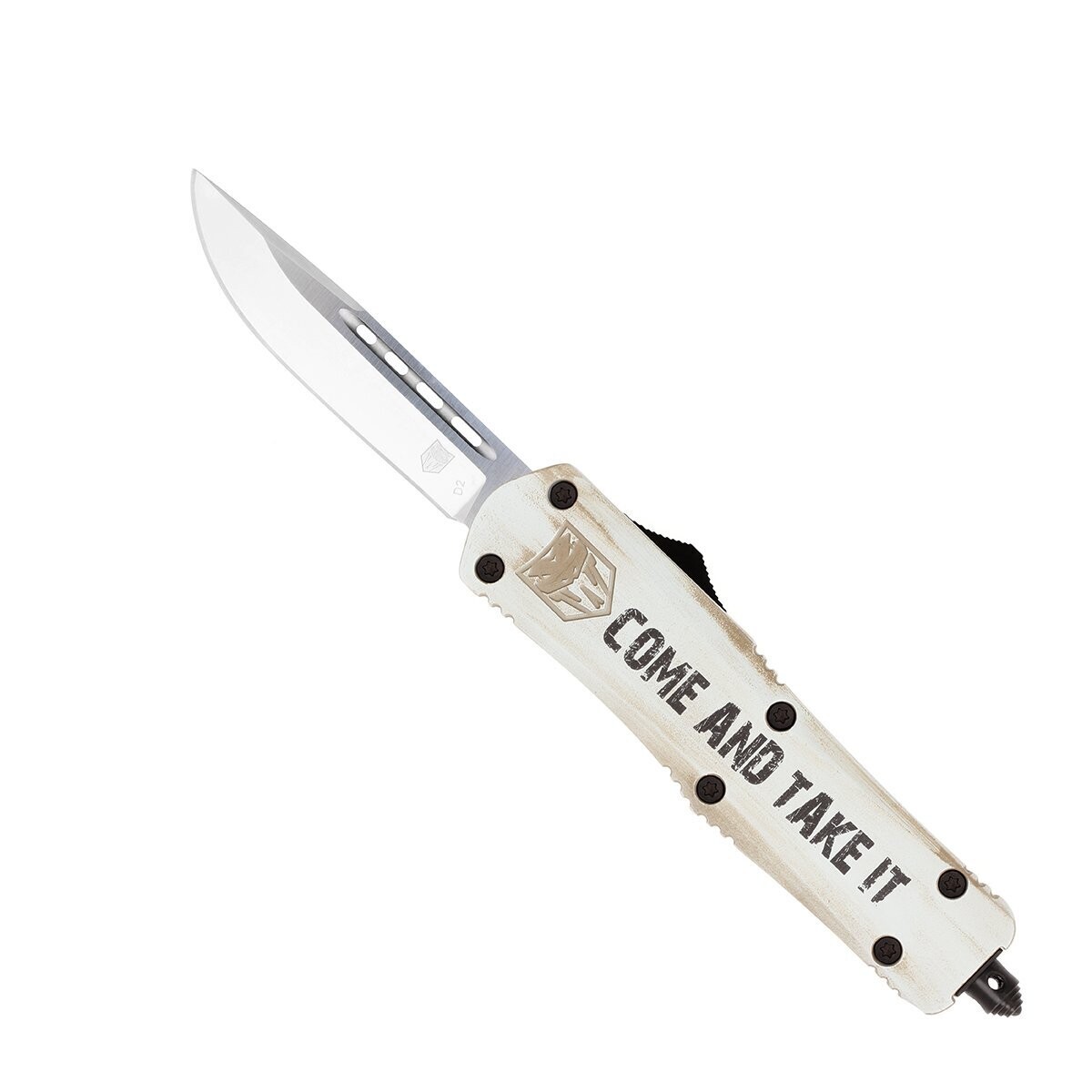 COBRATEC "Come And Take It"

The FS-3 Come and Take it is an OTF knife whose dual action D2 steel blade comes in a variety of styles. The high-grade aluminum alloy handle features the Battle of Gonzalez flag slogan on one side with the infamous Texian Star and Gonzalez Cannon symbol on the other.

All knives are dual action (blade deployment and retraction are powered by pushing or pulling the same control switch).

This knife features a pocket clip, a glass breaker for emergencies and includes a nylon sheath. All CobraTec Knives are backed by a lifetime warranty.

History of the Battle of Gonzalez:

"The Battle of Gonzales was the first military engagement of the Texas Revolution. It was fought near Gonzales, Texas, on October 2, 1835, between rebellious Texian settlers and a detachment of Mexican army soldiers.

In 1831, Mexican authorities lent the settlers of Gonzales a small cannon to help protect them from frequent Comanche raids. Over the next four years, the political situation in Mexico deteriorated, and in 1835 several states revolted. As the unrest spread, Colonel Domingo de Ugartechea, the commander of all Mexican troops in Texas, felt it unwise to leave the residents of Gonzales with a weapon and requested the return of the cannon.

When the initial request was refused, Ugartechea sent 100 dragoons to retrieve the cannon. The soldiers neared Gonzales on September 29, but the colonists used a variety of excuses to keep them from the town, while secretly sending messengers to request assistance from nearby communities. Within two days, up to 140 Texians gathered in Gonzales, all determined not to give up the cannon. On October 1, settlers voted to initiate a fight. Mexican soldiers opened fire as Texians approached their camp in the early hours of October 2. After several hours of desultory firing, the Mexican soldiers withdrew.[1]

Although the skirmish had little military significance, it marked a clear break between the colonists and the Mexican government and is considered to have been the start of the Texas Revolution. News of the skirmish spread throughout the United States, where it was often referred to as the "Lexington of Texas". The cannon's fate is disputed. It may have been buried and rediscovered in 1936, or it may have been seized by Mexican troops after the Battle of the Alamo." 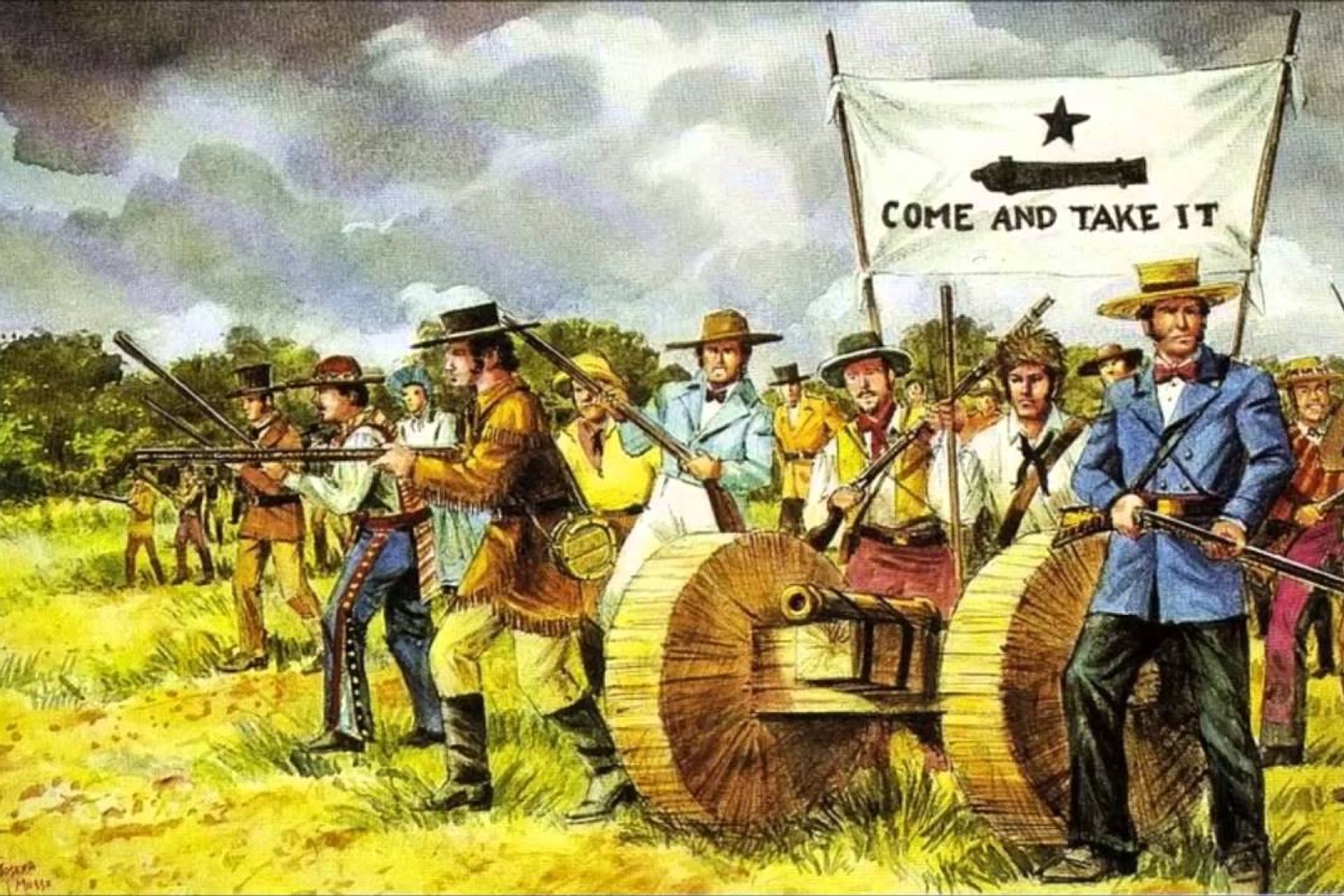 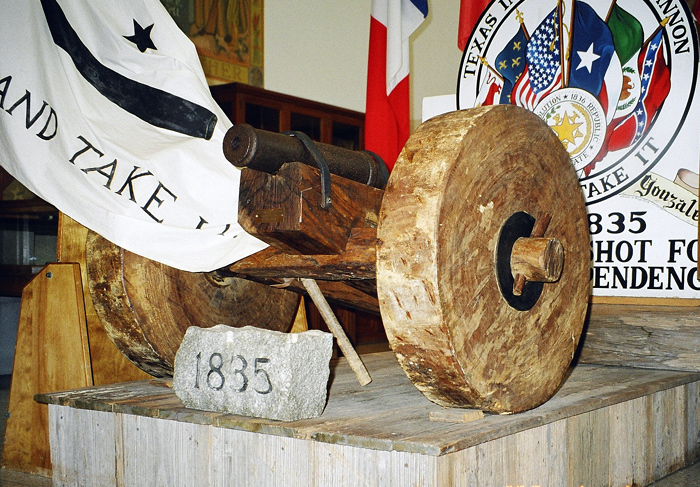 Since 2000, C Bar W Outdoors has been a well-known Knife Shop in Texas. What started out as a hobby, has become our passion and we're delighted to share it with you. We’re proud to have produced years of happy customers and look forward to continuing our work for many more to come! What are you waiting for? Stop by our store today for an exceptional shopping experience.