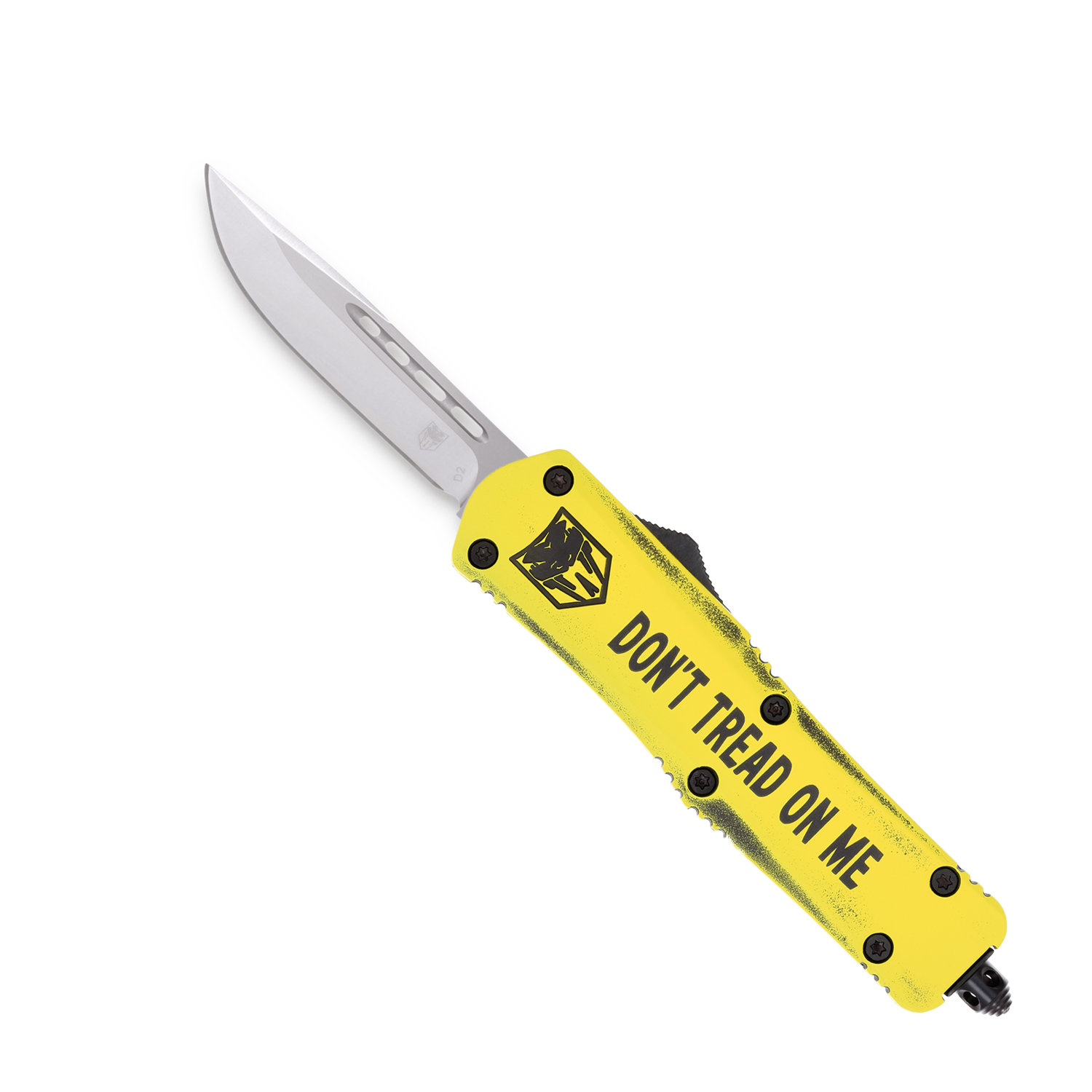 COBRATEC "Don't Tread On Me"

The FS-3 Don’t Tread on Me is an OTF knife whose dual action D2 steel blade comes in a variety of styles. The high-grade aluminum alloy handle features the Gadsden flag slogan on one side and snake symbol on the other.

All knives are dual action (blade deployment and retraction are powered by pushing or pulling the same control switch).

This knife features a pocket clip, a glass breaker for emergencies and includes a nylon sheath. All CobraTec Knives are backed by a lifetime warranty.

History of the Gadsden Flag:

"In the fall of 1775, the Continental Navy was established by General George Washington in his role as Commander in Chief of all Continental Forces, before Esek Hopkins was named Commodore of the Navy. Those first ships were used to intercept incoming transport ships carrying war supplies to the British in the colonies in order to supply the Continental Army, which was desperately undersupplied in the opening years of the American Revolutionary War. The Second Continental Congress authorized the mustering of five companies of Marines to accompany the Navy on their first mission.

Continental Colonel Christopher Gadsden represented his home state of South Carolina and was one of seven members of the Marine Committee outfitting the first naval mission.[7]:289 The first Marines enlisted in the city of Philadelphia and carried drums painted yellow and depicting a coiled rattlesnake with thirteen rattles along with the motto "Don't Tread on Me." This is the first recorded mention of the future Gadsden flag's symbolism.[citation needed]
Before the departure of that first mission in December 1775, the newly appointed commander-in-chief of the Navy, Commodore Esek Hopkins, received a yellow rattlesnake flag from Gadsden to serve as the distinctive personal standard of his flagship.[7]:289 Hopkins had previously led The United Companies of the Train of Artillery of the Town of Providence, which had a similar flag, before being appointed to lead the Navy.[10]
Gadsden also presented a copy of this flag to the Congress of South Carolina in Charleston, South Carolina. This was recorded in the South Carolina congressional journals on February 9, 1776:

Col. Gadsden presented to the Congress an elegant standard, such as is to be used by the commander in chief of the American Navy; being a yellow field, with a lively representation of a rattlesnake in the middle in the attitude of going to strike and these words underneath, "Don't tread on me."[11]" 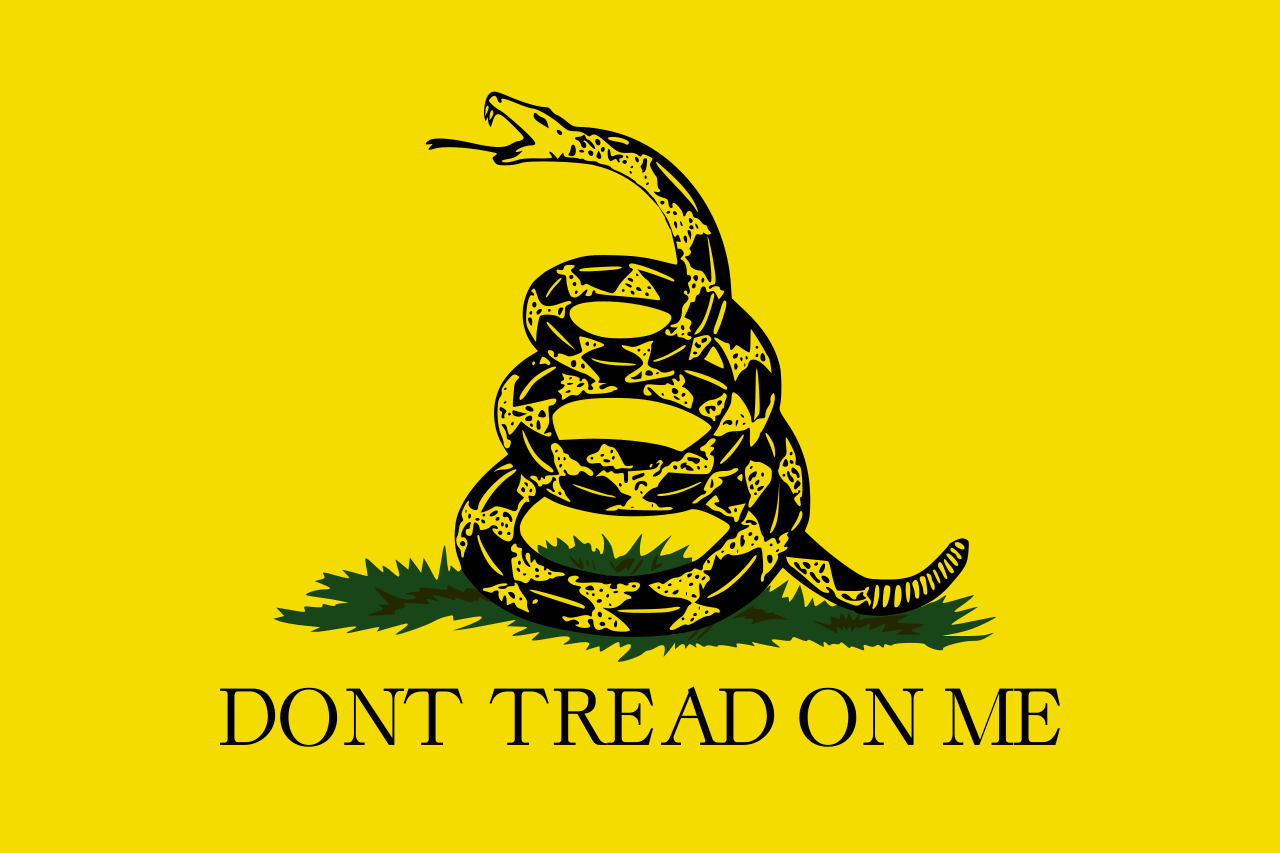